The Wayfarer is the literary magazine of Homebound Publications. The journal is released biannually every spring and autumn. We publish a high-quality journal of literature and art that inspires and points the way for visionary-yet-practical change. In each issue, we feature writing, original art and photography. We explore the spiritual progression we are currently experiencing as individuals and a global community. In recent years, we’ve interviewed such notable figures such as Peabody-winning host of On Being Krista Tippett, Academy Award Nominated Filmmaker Tomm Moore, Emmy-Winning Filmmaker Alan Cooke, Sandy Hook mother Nelba Márquez-Greene, and celebrated Shamanic writer Sandra Ingerman, and featured poetry and essays from dozens of award-winning authors.

Our content runs in the same vein as that of Parabola Magazine and Orion Magazine. The journal has only been in operation since the autumn of 2012 but our readership is already over 6,000 and growing. So as not to bombard our readership, each issue we only sell a limited amount of advertising space. Each issue runs 83 pages long. We sell only 8 of those pages for AD space and disperse them evenly throughout the magazine. This means your AD will stand out and not get lost in a sea of classifieds. Printed in full color, the journal is as much a work of art as it is literature and entertainment.

The Wayfarer is distributed by Homebound Publications. The Wayfarer is released in full-color print and eEdition on the first of spring and first of autumn. Print editions cost $12.99 and eEdition cost $2.99. In addition to our subscription roster and website sales, we distribute free copies of the magazine to cafes and libraries, (with special focus on venues in New York City, Boston, New Haven, and Chicago.) The magazine is displayed at literary trade shows across the country including AWP and Bookexpo, which attract 50,000+ attendees and is a favorite among wellness retreat centers. It is carried by select indie bookstores across the country. Finally, every past contributor to The Wayfarer receives a free e-subscription to the magazine increasing the readership exponentially. 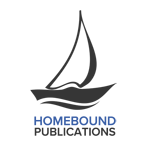 Ensuring the mainstream isn’t the only stream.

An imprint of Homebound Publications devoted to children’s titles.

An imprint of Homebound Publications devoted to the short form.